Property for Sale in Sliema

Sliema is regarded by many as Malta’s most desirable address and in the past most of the seafront properties consisted of rows of beautiful townhouses and even palazzos, but due to progress they were replaced by apartment blocks, hotels and restaurants. The ones that remain are treasured and cherished by occupants and locals alike.

Sliema is where everyone wants to live and it is a very aspirational location. It has a huge residential and commercial footprint and here you will find cafes, bars, restaurants and shops to your local greengrocer and hardware store. Sliema is an extremely convenient location to reside in as you are close to the beautiful and vibrant promenade with its popular beaches and on the doorstep of magnificent Balluta Bay and glitzy St. Julian’s.

Property for sale in Sliema don’t come cheap and the last few years have seen a surge in demand by both individuals and developers for anything from plots, blocks of apartments, townhouses, maisonettes, penthouses and even the last few palazzos that remain in the area. Most of the latter were converted into upmarket boutique hotels or businesses’ headquarters.

Sliema is also regarded as Malta’s hub for nightlife together with the stretch that covers St. Julian’s and Paceville to the north. Sliema property for sale is coveted and snapped up by the market, no matter the type, size or price because as a location it is on everyone’s radar whether you are a local, investor or living abroad. Main shopping areas are the very chic and upmarket Tigne Point Shopping Centre and Sliema Ferries which is regarded by many as Malta’s ultimate shopping district.

From Tigne Point onwards one has beautiful views of the fortifications of Valletta and to the south, Manoel Island. Sliema borders Ta’Xbiex which is also known as “The Embassy Belt” because of its many beautiful Belle Époque and Baroque-style villas hosting many foreign Consulates.

Sliema is a convenient, short drive away from Valletta and it is said that those who buy property here, never want to live anywhere else. 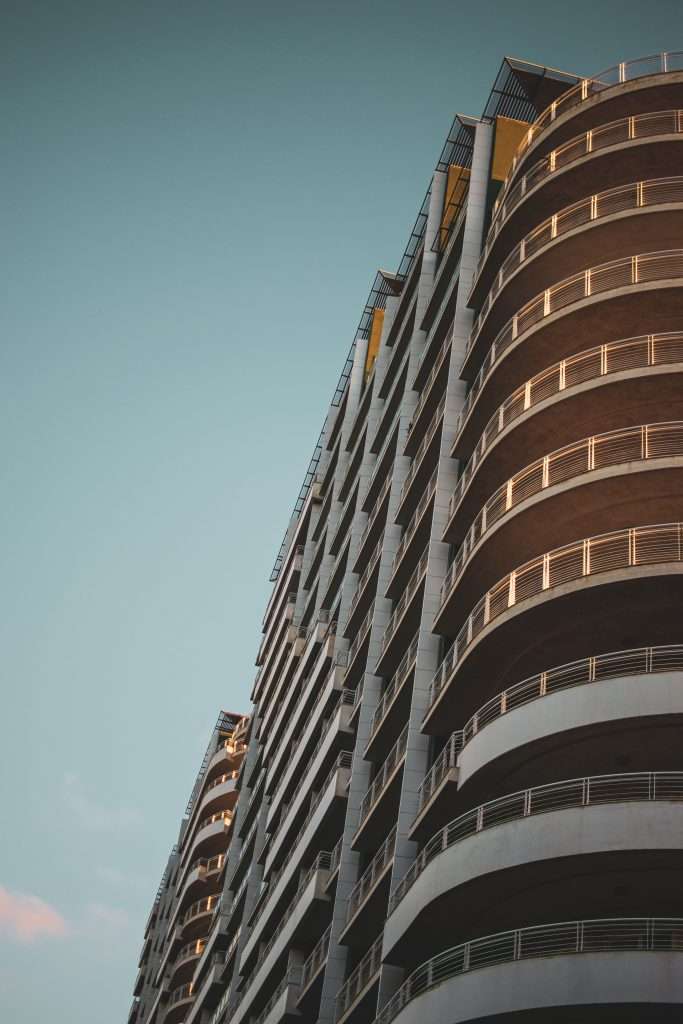 It was once the location of Malta’s leading families who owned beautiful townhouses and villas along the coastal road known as Tower Road, few of which remain today. Every effort is currently being made to preserve the remaining examples of Art Deco, Victorian and Baroque Revival townhouses with some enjoying protected status.

Sliema must be Malta’s premier neighbourhood as it is aspirational, sought-after and everyone wants to live in or own a property in Sliema. With a burgeoning population of more than 22,000 residents, the area is cosmopolitan and home to many expats who just love the area’s convenience and sophistication.

Sliema has many churches that are well-known landmarks such as Stella Maris and religious niches can be found on many street corners and facades of buildings. As a location it offers everything to its residents: beaches, hotels and nightlife, shops and boutiques, cafes and bistros and of course its famous promenade frequented by families, joggers and those who simply enjoy a stroll with a panoramic view. There are also many public gardens that can be enjoyed by the public.

Sliema as an area has catapulted itself to the top of the list as the place to live and work in Malta. It has everything anyone could ever want and the demand for good property investments in Sliema is at fever pitch. Purchasing a property in Sliema can be a very lucrative undertaking as the area commands excellent rentals, whether a property is big or small. Expected rental returns are around the 4.6% mark and thus an excellent investment.

Expats and families are always on the lookout for contemporary seafront apartments or those that are a few blocks away from the promenade. One of Sliema’s most popular and sought-after property types is the townhouse and especially so if it has its own garage. Many townhouses are in the process of being upgraded and renovated for just this purpose and demand is extremely high.

At the other end of the scale are the smaller apartments, snapped up as rental accommodation by eager international English Language School students who flock to Sliema in their thousands during the summer months. Smaller properties are also extremely popular with tourists and single professionals who want to have an affordable, lock-up-and-go property when here on holiday or work contract.

Sliema has a wide variety of property types: apartments, penthouses, villas, palazzos, townhouses and maisonettes to name but a few and they come in all sizes and price ranges, renovated and unrenovated.

If you are on the lookout for Sliema property, employ the services of a good reputable estate agent to do the legwork for you, as the choice and variety on the market can be overwhelming especially if you are not a local. 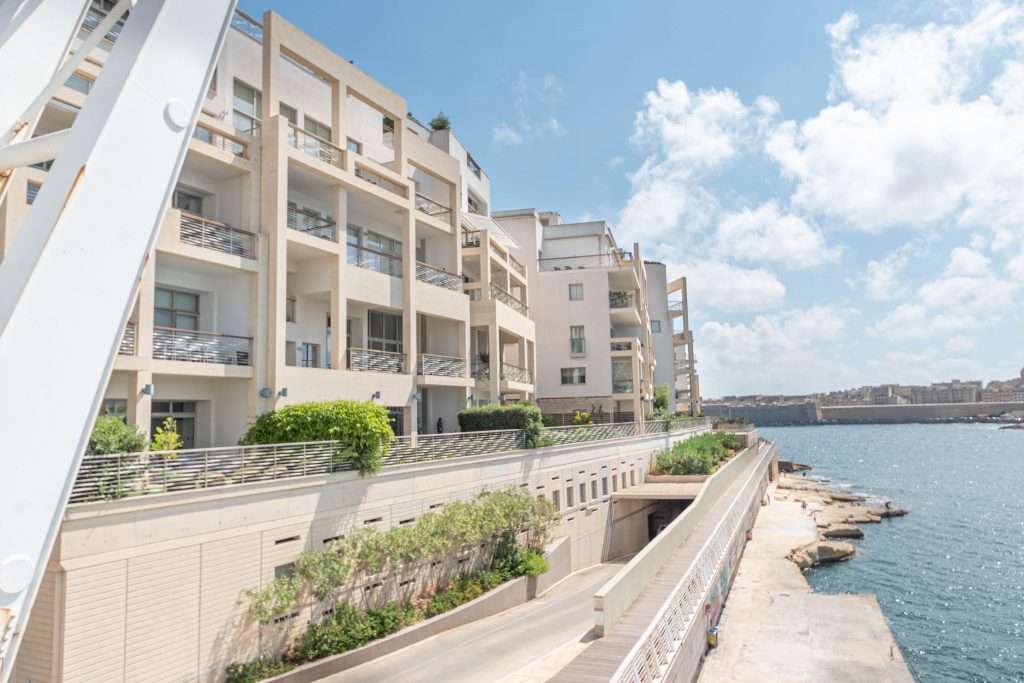 St Julian’s is a close neighbour of Sliema and within a short walking distance. It is known for its designer shops, restaurants, hotels and casinos and also has a reputation of being Malta’s chicest neighbourhood. It is also home to Malta’s tallest two buildings namely Mercury Towers and Portomaso Tower. Some of Malta’s most expensive new real estate can be found here, many which are classed as being located in Special Designated Areas.

Within walking distance or a short bus drive away is Paceville, Malta’s premier hub for nightlife. Here you will find shopping centres, nightclubs, restaurants, St George’s Beach, the Eden Cinema Complex, in fact everything the seasoned partygoer could wish for.

Legendary in its own right, Sliema’s promenade is the place where people exercise, meet up, romance and simply go for a stroll. It connects from the north to south: from Balluta Bay all the way to The Strand past Sliema Ferries. With intimate bays and places to swim, historic bathing spots and rocky bays, the promenade offers access to not only spectacular views of the Med all year, but a place to make precious memories with family when on holiday.

Bordering Sliema to the north, this is one of the area’s most beautiful locations. Here you will find some of Malta’s best restaurants and coffee shops and also access to a gorgeous, small artificial sandy beach. Balluta Bay can be found on the continuation of the Sliema promenade when walking north.

Exiles Bay is a well-known milestone in Sliema and can be accessed from the promenade just off Tower Road. Home to well-known restaurants and hotels, the area is a favourite with locals and tourists and many can be found dancing the night away on the rooftop dance floors of the hotels next to the bay. Exiles Bay is very popular for swimming, sunbathing and there is even a ramp for the launching of sailing and motorised vessels. Be on the lookout for the famous cat statue!

Built in the 1700’s by the Order of St John, this polygonal fort is located in its namesake, Tigne Point, Sliema. It has been meticulously restored and is awaiting inclusion on the UNESCO World Heritage Sites list.

Everyone in Malta knows the name “Tigne Point”. Geographically it is a peninsula and therefore it was favoured by many of the military forces that occupied Malta over the centuries, evidence of which can be found everywhere. Now the location of prestigious apartment blocks for the well-heeled, the area is extremely sought-after.

With an impressive and illustrious past, Capua Palace is now home to a hotel owned and run by the AX Hotel Group. Hailing from the early 19th Century, this neoclassical palace with its impressive columns caters to discerning guests from all over the world and hosts weddings, conferences and more.

Now the home of a landmark restaurant, this former military fort is also known as the Sliema Point Battery and sits on another peninsula.

Located in the heart of Sliema Ferries, this shopping mall has been a popular destination for many years and has recently undergone a renovation.

Abuzz day and night, the area is a major hub for shopping, eating out and catching the ferries to Valletta and for boat rides to Comino and the Three Cities, hence the name. With hundreds of shops and boutiques, this area is any shopaholic’s version of heaven.

Bordering the whole Tigne Point complex, this is Malta’s premier upmarket shopping mall. It is the home of many designer brands and a popular location of several restaurants. It has in excess of 15,000m2 of retail space, opened in 2010 and attracts more than 2.5million visitors per year.

Located on the site of the former Cambridge battery which was constructed by the British post the 1850’s. It is now home to a prestigious complex with Special Designated Area status and the fort has been meticulously restored, preserving it for future generations.

Notable churches in the Sliema area