Christmas Traditions Around The World: How 5 Different Countries Celebrate Christmas 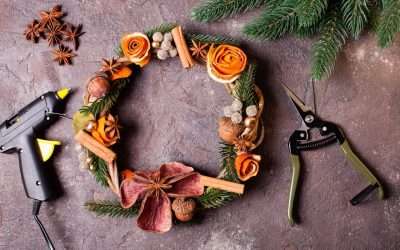 Often hailed “the most wonderful time of the year,” Christmas is a season of unity. This doesn’t just extend to family; Christmas is one of those rare occasions which truly unites people world-wide.

Universally recognised, it is an event which language, and international borders, bringing people together through Christmas games, presents, food, and traditions. What is fascinating is the different ways in which we see Christmas around the world.

English Christmas traditions in England begin early in December, and are preceded by the very English complaining that the holiday starts earlier every year.

Advent calendars and candles count down the days to Christmas Eve, trees are dressed and houses decorated, and on the 24th, Father Christmas visits down chimneys to leave presents for children on the ‘Good’ list.

Children will leave out snacks for him and his reindeer – traditionally a mince pie and biscuit, washed down with beer and whisky. Church plays an important role, with Midnight Mass on Christmas Eve, and a service on Christmas morning.

Dinner is the next priority, with turkey traditionally the centrepiece, next to the equally important roast potatoes, veg, gravy, stuffing and, most importantly, Yorkshire puddings. This is usually followed by the Queens Speech at 3pm, along with games, fun, and usually some snoozing!

As Malta has a large Catholic population, the tradition of Midnight Mass on Christmas Eve is popular.

Churches will be filled with lights and nativity cribs (or Presepiu), and decorated with important figures.

Christmas night will be celebrated by placing a figure of Jesus on the main altar, to act as a central focus for the event, and this tradition continues with three Magi figures being placed in the crib at Epiphany.

Many enjoy the run up to Christmas by visiting local Presepiu, and carol singers can be found everywhere.

The Maltese will also enjoy a traditional Christmas lunch, famous for the sheer amount of food! Consisting of the largest capon, which has been roasted at the local bakery with vegetables and potatoes, followed by the Treacle Ring and washed down with a delicious hot Chestnut and Chocolate beverage, the dinner is a wonderful time to spend with family and indulge!

The French have their own unique Christmas traditions; the main Christmas meal, Réveillon, is eaten on Christmas Eve, following the midnight Church service, and usually includes turkey stuffed with chestnuts, goose, oysters and foie grad.This is also when families will exchange gifts, though they may also be given on December 6th, the feast of St Nicholas, or January 6th for those who can wait that long; the Feast of the Kings, meaning that French Christmas’s keep the magic alive for a while!

Leading up to Christmas, children will write letters to Pére Noel, and it has been French law since 1962 that all letters must receive a postcard in reply!

In return, they will leave shoes by the fire, in the hope that he will fill them with presents and sweets, in a contrast to the stockings found elsewhere.

Cribs and crèches are also part of the Christmas build up, and comprise not only of biblical figures, but bakers, merchants and other random characters!

Spanish Christmas traditions are focused closely on religion, with most people attending ‘La Mis Del Gallo,’ – The Mass of the Rooster.

This is based on a belief that a rooster crowed on the night of Jesus’s birth! On Christmas Eve, families will sit down to ‘Pavo Trufado de Navidad,’ a traditional Christmas dinner consisting of turkey stuffed with mushroom truffles.

The celebrations continue as people celebrate in the streets with guitars, drums and singing. A favourite phrase on this evening is ‘Esta noche es Noche-Buena, Y no Es noche de dormir’ – “Tonight is a good night and it is not for sleeping!”

This is the day on which stockings and shoes are left out, presents are exchanged, and a traditional ‘Christmas Day’ is celebrated, with more good food, fun, and coal for naughty children!

Still not seen as a religious holiday, there is more of a focus on spreading happiness, and Christmas Eve, is seen as a romantic day for young couples to exchange gifts and tokens, look at the Christmas lights, and eat a romantic meal; unlike many countries, the Japanese pick fried chicken as their Christmas dinner!

There is a gift giver, which translates as ‘Mr Santa’, but the focus is Hoteiosho, a figure more closely associated with Buddhism. While the Japanese Christmas may be unusual, their New Year is closer to a Western Christmas, with a focus on family, prayer, greeting cards, and special meals.