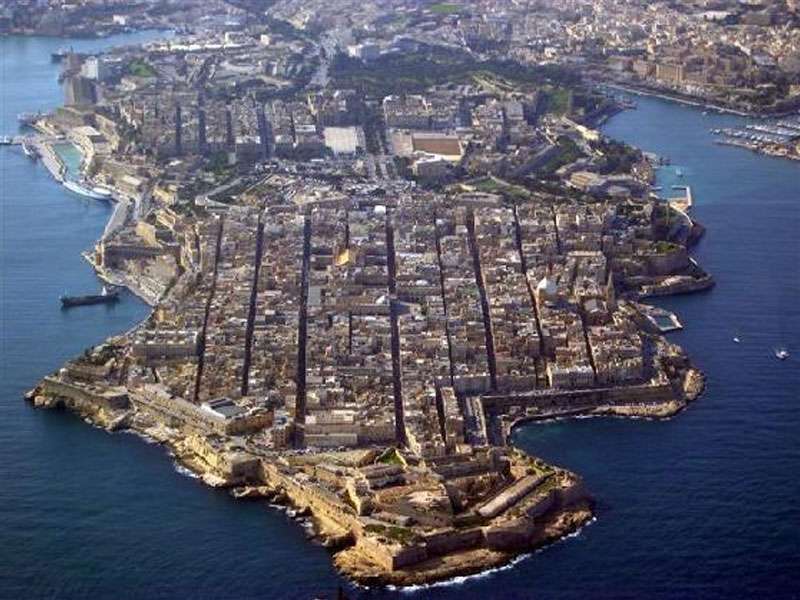 In the last couple of years, Valletta, Malta’s sixteenth century capital city, has shed off its reputation as a musty, tourist oriented destination where there is little to do but go to museums. Today Valletta offers concerts, films, open-air exhibitions, exquisite dining, bistros, street markets and more. Those living here—both Maltese and locals—are eager to welcome new faces. If you have any networking skills at all, you’ll soon have a slew of new acquaintances and a full social schedule. (This is made even easier by the city’s small size—total population is only about 8,000.)

One Friday evening, for instance, I went with friends to hear jazz at St. Ursula’s steps. The free, weekly, open-air event— held where a staircase of centuries-old steps descends toward the sea—is barely publicized. Yet word has gotten around.

“It’s not our secret anymore,” a friend remarks dolefully, looking at the crowd. We’ve arrived late—we’ve just come from a folk festival, where we heard traditional Sicilian singing and untraditional Ghana hip-hop. It’s clear that many of the locals had prior commitments, too—they’ve turned up in formal wear, straight from a government “do” in St. George’s Square.

The city itself, badly bombed during World War II, is looking good.

The bare bones of it have always been superb: Built by the Knights in the late 16th century, Valletta is almost entirely baroque and neo-classical, its buildings of creamy limestone. The city is laid out on a grid, with straight streets. At places along Republic Street, which runs like a spine down the city’s center, you can look down side streets directly to the sea. Between its grid layout and its small size—you can walk Valletta from end to end in about 20 minutes—it’s impossible to get lost.

UNESCO declared Valletta a World Heritage site in 1980, and since then facades and some buildings have been beautifully renovated.

Today the city attracts young Maltese, as well as foreigners.

A long-term rental in Valletta runs you from $585 to $975 a month for a mid-range apartment. (Of course, if you want huge space or a sea view, the sky is the limit, pricewise.) While some parts of the city are more desirable than others, you’re seldom more than five minutes from anyplace.

For rental prices in a European capital, these are very reasonable. Likewise, the sale prices of apartments like these are also reasonable. One apartment I particularly liked was a one-bedroom in a neo-classical building. In a prime area, the apartment is beautifully renovated, with hardwood floors, an ultra-modern kitchen and bath, a large living room, and a traditional Maltese windowed balcony that looks out on the street. The asking price is $227,500.

If you aren’t looking to live in Malta full-time, you, too, could become a landlord and rent this apartment out short-term. You’d get around $700 a month for it. And in Valletta there is no “off season”—you could likely keep it rented year-round.