The Origin of the Eight Pointed Maltese Cross 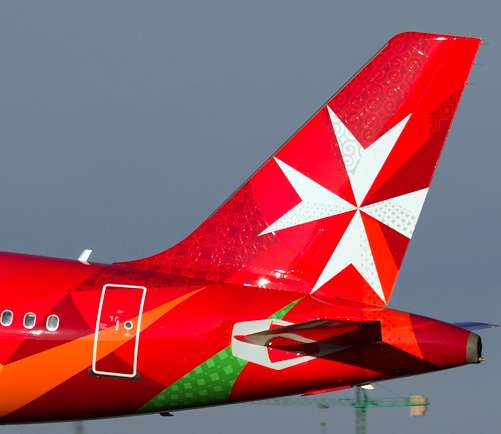 The famous eight pointed Maltese cross is of mediaeval origin. It was first adopted by the ancient maritime republic of Amalfi, which lies on the Costiera Amalfitana, or Amalfi Coast, between Salerno and Naples in southwest Italy. Its emblem features an eight pointed white cross on a black field.

The shape of the Amalfi cross is singular, being a Greek cross pattée with V-shaped arrows inserted into the ends of its arms. And although it is possibly linked to the Normans who brought it to Amalfi, or to the eight Beatitudes, or (as was even later said) represents the eight Langues of the Knights Hospitallers of St John of Jerusalem (Italy, Provence, Auvergne, France, Germany-Bavaria-Austria, England-Scotland-Wales-Ireland, Aragon-Catalonia-Navarre and Castille-Leon-Portugal), it may arguably suggest a close connection with the shape of a ship’s compass.

Amalfi’s famous – but sometimes considered legendary – seafarer, Flavio Gioja or Gioia, is known in Amalfi as ‘l’inventore della bussola’ (the inventor of the compass). Incidentally, it is said that this legend was disproved in 2008 by Alessandro Barbero in the well-known RAI 1 Superquark TV programme. Nevertheless, Flavio Gioia’s towering statue, erected in 1900, rises on Amalfi’s broad waterfront, next to the old arsenale or shipyard. It is said that he, or other Italian mariners, adopted and perfected the compass from the mediaeval Arab seafarers in around the 10th century AD. The Arab navigators had previously borrowed it from its Chinese inventors of about 260 AD, who used a lodestone with magnetic properties to set geographical points and courses for their vessels. A lunar crater is named after Flavio Gioia.

The Amalfitan merchants and traders and their accompanying Benedictine monks, who ran a monastery on their city’s waterfront that is now the seat of the branch of the Monte dei Paschi di Siena bank, carried this white eight pointed cross to the Levant, up to Alexandria in Egypt and to Jerusalem in the Holy Land, soon after. The interests of Syria, Palestine and Egypt were both spiritual and temporal. Amalfi was one of the earliest Italian maritime republics, slightly preceding Pisa, Genoa and Venice. Its flag additionally emphasises its earlier connection with Imperial Rome (known as ‘Romanità‘), repeated in the city emblem’s underlying decorative scroll, which reads: “Descendit ex Patribus Romanorum” (It is descended from the Fathers, Ancestors, or Senate of the Romans).

Fra Gerardo Sasso di Scala (Scala being a town in the Monti Lattei hills, underlying famous scenic Ravello, and overlying the main town of Amalfi), had close Benedictine connections, and ran the Amalfitan hospice which had been founded for Italian and other Christian pilgrims to Jerusalem in 1048, near the church of Santa Maria Latina, and next to the Church of the Holy Sepulchre. This hospice was very active and was in great demand with visiting European pilgrims, and it soon developed into a hospital for visitors who had fallen ill during their travels in the Near East, which was then known as Outre-Mer, or ‘overseas’, to Europeans, including pilgrims, soldiers, and their families in their mother countries.

Alain Blondy writes in Malte, 7000 ans d’histoire, Editions Bouchène, France, 2011: 64-67, that the inn or hospice, a ‘xenodochίon’ (the Greek word for ‘building for the reception of strangers, especially in a monastery’ (source Wikipedia), was located in the Jerusalem quarter of the present market area of the Muristan, Suq Aftimos, with the Muristan fountain at its centre. A stone of the memorial in Muristan Street now marks the location of the guest house, hospice or hospital of the Order of the Knights of St John.

As mentioned above, this independent order was founded under Fra’ Gerardo Sasso or Saxo di Scala (sometimes also referred to as Brother Gérard de Martigues, the latter being a coastal walled town in Provence, southern France, although his provenance remains Amalfitan). It was approved in a Bull of Pope Pascal II in 1113 (Maltapost: Papal Bull 9th Centenary, 15 February 1113, Malta 2013). Though this order’s origins appear to be south Italian, the langue or branch of Provence acquired an early ascendancy within the order.

The Italian Knights often commanded and led the Order’s small but growing navy of sea transports, and eventually of fighting ships, since pilgrims and military men visiting or settling in the Holy Land needed to be protected from marauding Moslem shipping. This was the general rule also in their later rule over Malta in the central Mediterranean, when the Order’s Admiral was usually a senior Italian Commander, alternating occasionally with a number of English, French and German senior knight commanders, notably Fra Sir William Weston in 1530, and Fra Jean Parisot de Valette a few years later, just before he was elected Grand Master in 1557.

In most cases, the newly founded community members of the Hospitallers of St John the Baptist, originally St John the Almoner, adopted a plain white straight-lined Greek or Latin Cross with pointed corners on a black field.

The shape of the broader, triangular flared arms of the arrow-shaped eight pointed cross, evolved much later.

This occurred after a gap of a few hundred years, not in Rhodes, but under Grand Master Jean de Valette as late as 1567 in Malta. This strategic island, and its sister island Gozo, had been granted to the Knights Hospitallers by the Habsburg Emperor Charles V of Austria, himself being King Charles I (Carlos Primero) of united Aragon and Castille in 1530, jointly constituting Renaissance and modern Spain, and following the loss of the important strategic island of Rhodes in 1522-3 to the Ottoman Turks.

It was only many years later, especially in the 18th century under Grand Masters Perellos and Pinto, (Claire-Eliane Engel, Les Chevaliers de Malte, Les Presses Contemporaines, Paris 1972) that a change in colours came about: a white eight pointed cross on a red field on the military Knights’ uniforms, and occasionally a somewhat similar arrangement on the lateen sail of a late 18th century Maltese cutter (Richard Hough, A History of Fighting Ships, Octopus Books Ltd, London 1975: 75), and on a similar lateen sail of the Order’s galleys and ships-of-the-line in their later years. Hence the eight pointed cross of the Hospitallers evolved significantly during the Order’s 268-year sojourn in Malta.

This was henceforth the second conventual and naval cross of this Order, to be distinguished from the Cross of St George in a simple white cross on a red field, normally used solely in a military and naval context, which was flown at the mainsail or stern of the Order’s fighting ships, as its battle flag. (The Maritime History of Malta – The First Millennia, ed. Charles Cini SDB, Jonathan Borg, Heritage Malta 2011: 169). The plain white cross on a red field is also the Order’s official flag, flying over the headquarters and embassies of the Order. It is said to have given rise in the Holy Land to the flag of Denmark, a white Scandinavian cross on a red field.

The third evolution of the Amalfi Cross occurred when it was adopted on the ensign and four-quartered jack of the Italian Navy in 1946. This cross on a blue field is featured in the third quarter on Italy’s warships. The first quarter features the golden lion of St Mark for Venice on a red field. The second quarter carries the Cross of St George of Genoa. The third quarter, as mentioned above, features the white Amalfi eight pointed cross on a blue field and the fourth decorative cross in white on a red field stands for Pisa, with three keys or paws, and spheres on every one of its four arms. These constitute the emblems of four ancient Italian Maritime Republics. The jack in Italy’s four-quartered naval ensign is surmounted by a golden crown, known as a corona rostrata, which distinguishes military vessels from civil ones. (Wikipedia: Ensigns and Other Naval Flags (Malta), and Italy’s Naval Ensign, Flagline.com, 2013(?) )

With Malta’s Independence in 1964, its civil and maritime ensign or flag became the same familiar white eight pointed cross on a red field, featuring a white border. This flag is flown by all Malta registered seacraft, including maritime patrol vessels, commercial vessels and private leisure yachts. This flag was additionally adopted for the aircraft of Malta’s national airline, AirMalta, in 1974, and is still flown in a variant, with a blue triangular field on a left hand corner to this day.

The white eight pointed Maltese cross on a black background is still featured on the ceremonial conventual habit of contemporary Knights of St John of Malta worldwide and its female branch of St Ursula displays this ancient emblem to this day.

The Amalfi and Maltese Cross has come full circle from around the year 900 up to the present day.

This occurred while the Order’s flag, and military and naval ensign, remained the plain Cross of St George in white on a red field.