The Man Behind It All – An Interview With Frank Salt 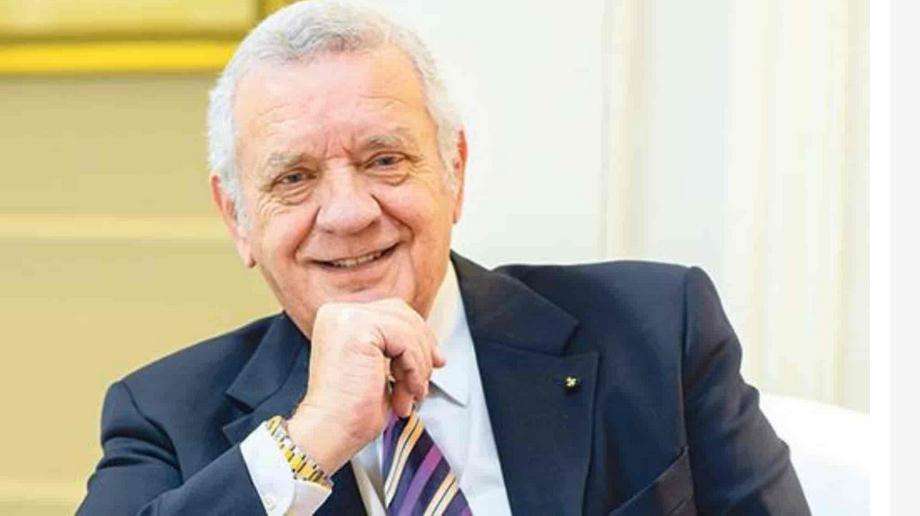 50 years young and still going strong – no small feat indeed for a company operating within such a competitive industry! What all began half a century ago with just one man, eventually became not only a successful family business, but also grew into THE leading independent real estate agency in Malta.

Over the years, the team at Frank Salt Real Estate and the man behind it all, has not only witnessed many changes on the island and the ups and downs that any business goes through, but has pulled through it together and, in the process, have become a tightly-knit successful family.

To commemorate our 50th anniversary as a company, we have sat down with the man who started it all, Frank Salt, to gain a better insight as to how his vision bloomed into Frank Salt Real Estate as we know it today.

1. The name Frank Salt is now synonymous with property in Malta. How and when did it all begin?

I came to Malta in the early ‘60s and I was looking for a job. I was offered one by a real estate company called KB, where I ended up working for 2 years. When they decided not to carry on any more, I formed my own company which we started operating in 1970.

We started off with 2 people and 1 office, and then, when things got busier, we brought in more team members. After some time we decided it would be good if we had more branches – and we were the first agency to do so. The first branch we opened was in Paola; from then on, things grew and grew, and today we have 20 branches and divisions spread across Malta and Gozo.

2. Do you remember the very first sale you ever made?

My very first sale with Frank Salt Real Estate was a flat in San Gwann, to an accountant. The second sale was to a Mr. John Henry Salt – no relation whatsoever! He was John Henry in the army, my father was Joseph Henry in the Air Force; he was English, my father was English; his wife was Maltese, my mother was Maltese; he had a son and a daughter; I had a sister – everything was the same! This particular sale was a flat next door to us in Paceville. Funnily enough, at the end of the day, his wife turned out to be a Frendo, who happened to be a relation of my wife.

3. How differently did you do things in the past as opposed to now?

We were the first to have an office with a shop window, where I displayed photos of properties. One day somebody came to my office and gave me a sum of money, which they said was commission for selling their house. In actual fact I hadn’t sold their house – someone had seen this property in my window, went to the owner directly and bought it. So now, if you look at any window of any estate agency, you’ll see lovely sitting rooms, lovely gardens, but you won’t see any façade and won’t have an inkling of where it is!

However, the biggest thing that changed our business completely was the mobile phone. Before it, our job was horrendous. This is why when mobile phones first came to Malta, I was the third owner of one on the island. We did fine without computerisation, but it was so difficult to get in touch with the client before, especially if one of us was running late or couldn’t make it to an appointment.

4. What are the biggest changes you’ve seen take place regarding Malta’s property market?

The biggest change I’ve seen would definitely be the building of more apartments. When we first started business, practically all property in Malta was terraced housing. Over time, flats became more convenient and cheaper, which is part of the reason very few houses are being built nowadays. The planning of real estate in Malta has resulted in very few open spaces, which has caused a problem and a challenge; however, there are some beautiful properties and areas in Malta, which are sought-after by the Maltese and foreigners coming over to buy property.

Another change I’ve witnessed is the need for high-rise buildings. Other places such as Singapore have gone high rise, and being such a small country, we’ll have to do the same. Plus, the need to continue building smaller places than we previously did. There is a big demand for this – especially among first-time buyers or those looking for something smaller because they’ve grown older.

5. What is your take on the current boom in the property sector on the island?

It is a boom created by the market. The Maltese are still very keen on buying their own homes, so there’ll always be a good, solid Maltese market. When locals first started buying their own property, one of the reasons they bought something so big was because they stayed there forever. In contrast, Maltese families today could buy as many as 4 or 5 properties throughout their lifetime.

So you’ve got the local market which is moving, an expanding economy (hence the need for more high-rise, as we can’t keep putting people in the countryside) that is causing its own problems. However, we are now living in a cosmopolitan society. Anybody can come to work here; the world is their oyster, and Malta is a pretty good place to relocate. And wherever this happens, you need accommodation and you need offices, which in turn leaves more money in people’s pockets. So yes, there is a boom, but a very pleasant one, which I think is going to continue as long as the country is managed properly.

6. 50 years is a long time to be in any business! What’s your secret to success?

The secret is having a good team around me. I am a champion delegator! When it got to a situation where I was getting a little bit tired myself, I was very fortunate to have my sons, whom I asked to join the company after finishing University. They both agreed, and around

2004, they accepted to run the agency. Since then, I’ve stayed on as Non-Executive Chairman. I also do training courses for staff who need help, go around and greet people and visit offices – I think it’s important that people see that the “big boss” still cares for each and every one of them.

I’ve never closed a deal that I’ve been ashamed of, and I don’t think the company has either. We’ve been very careful and honest, and appreciate that getting a good reputation is one of the main things that keeps a business going.

7. What would you say makes your agency stand out from the rest?

A good set of values, which include integrity, honesty, friendliness, efficiency and trust.

Although many things have changed over 50 years, our passion, integrity and commitment to serving our client’s needs have remained consistent, leading Frank Salt Real Estate to remain the real estate agency of choice in Malta.

We take pride in having built a reputation based on strong values and an honest, solid work ethic, backed by the guidance of the Salt family, their fellow directors and, of course, a dedicated team of agents and branch secretaries.

With initiatives such as our Let’s Go Environmental campaign launched just year, we hope to continue serving not only the needs of prospective and current Maltese homeowners, but also maintain our responsibilities towards safeguarding the heritage of our island for future generations to come.