Malta’s Most Inspiring Person – who deserves to walk away with Lovin Malta’s Social Media award? 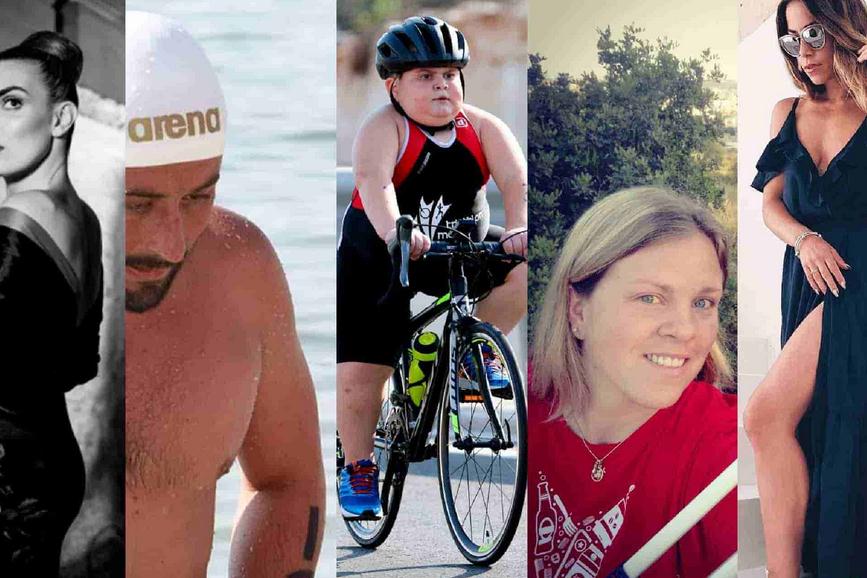 With just two days before the winners of the Lovin Malta Social Media Awards are announced, we thought of recapping the nominees for the Most Inspiring Person award which Frank Salt Real Estate has the pleasure of sponsoring! Who have you voted for?

Born in Sweden, Camilla Appelgren has been visiting Malta every summer since 1999. Originally coming across the island to better her English, she eventually made the Maltese Islands her permanent base and started working here as a diving instructor.

In October 2018, Appelgren was part of a 10 people volunteers’ group, organized by the Gaia Foundation and Malta Clean Up, on Golden Bay and Għajn Tuffieħa who spent three-and-a-half hours clearing thousands of cigarettes. 5,950 cigarette butts were collected by the end of the day, sparing the ocean from 42,650,000 chemicals

This year will see Appelgren campaigning as one of the Democratic Party’s MEP candidates for the 2019 European parliament election in Malta. If elected, she plans to ‘put climate change as her priority, deal with the global plastic problem, ensure a green economic revolution, and get the best possible deal as a centre for innovation.”.

32-year-old Neil Agius is a Maltese former swimmer, who specialises in long-distance freestyle events. So far he has achieved three first for Maltese athletes in the 400, 800, and 1500 m freestyle.

Agius qualified for the men’s 400 m freestyle at the 2004 Summer Olympics in Athens, by receiving a Universality place from FINA. He broke a Maltese record and posted his entry time of 4:21.24 from the Easter International Swim Meet in Msida. As part of his preparations for the Games, Agius attended a 6-week training camp under the guidance of Dave Heller, who coached for the Cardiff Swimming Club. Who knows what the future holds for this inspiring sportsman?

The first Maltese transgender model was the first to walk for three designers in the 2018 Malta Fashion Week. She uses her Facebook page ‘the Karly May community’ as a space to share the struggles and successes of her “extraordinary” ordinary life, touching on difficult subjects such as sexual harassment and bullying, which she was also subjected to over the years. She tries to use her little spotlight and privilege to inspire others who like here were made to feel unworthy because of appearance, race, religion, sexual orientation or gender identity

Eight-year-old Jake Vella suffers from ROHHAD, a very uncommon illness that makes him gain unnatural weight which could kill him by the time he is thirty, regardless of regular exercising and a stringent diet. The determined little boy has taken matters into his own hands and chose to take part in the endurance sport to remain as healthy as possible.

Fewer than 100 people have ever been diagnosed with the disease, and none of them has lived beyond their 20s. Despite the judgemental looks he and his parents receive, Jake is a keen triathlete and dream of meeting the Brownlee brothers, Team GB’s famous Olympic medallists.

Fashion photographer and company director Tamara Webb is, undoubtedly, one of the top influencers on the Maltese islands.

Being a visual creator for various companies, a photographer, marketing manager at a start-up company and, more recently, a social media influencer, she’s also a wife, a fitness fanatic and an amazing party planner when it comes to family events!

Social media evolved just in time for Tamara since she’s always preferred speaking as opposed to writing. Admitting that several friends and family encouraged her to have her own blog, her strong point was never the written word but speaking and presenting in front of a crowd. With the introduction of Instagram and its stories, Tamara finally found the platform that she was most comfortable in to share her stories.

Winners to be announced this Friday!

Who do you think deserves to walk away with Lovin Malta’s Most Inspiring Award for 2019, supported by Frank Salt Real Estate? The winners will be announced this Friday. Stay tuned to find out or tune in to LovinMalta’s streamed event.