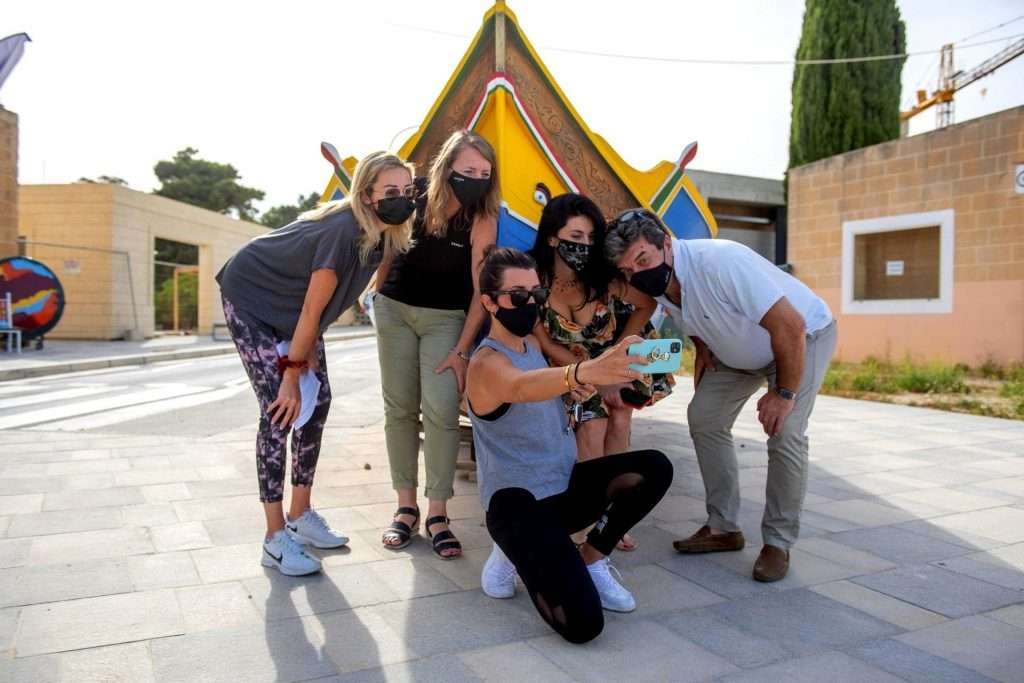 Where in the UK would you go to if you want to exceed 415 volts? Who is always feeding pigeons in the area but never litters? Which British manufacturer left their mark at Bingemma? These are just a few of the mind-boggling questions which saw over a dozen teams composed of Frank Salt Real Estate’s staff members battling it out on a Friday afternoon, in a fun but challenging treasure hunt. This required unravelling clues and puzzles mysteries and quests in 6 different locations around Malta, this was the company’s annual team building event, which also formed part of their Let’s Be Active drive.

The teams delved into the challenges at hand and solved perplexing riddles, to be able to crack the locations, make their way to the sites and unravel clues which would lead to the path to trace the treasures. The route took them to places like Bingemma, Zebbiegh, Mtarfa, Lija, Ta’ Qali and Zebbug, which also tested physical endurance as team players had to walk around, dance to the tunes of Macarena, crown their own Lion King’s Simba, audition for Madonna’s latest video and even eat four pastizzi in 60 seconds! Uncovering the final quest was definitely not easy and required all team members to work together to figure it out.

And if this was not enough, participants also had to solve another 17 riddles which would uncover a shopping list of food items, which they had to source and donate to Foodbank Malta. Charity begins at home so as part of our CSR initiatives, Frank Salt Real Estate often makes it a point to contribute to a good cause, while having fun. The aim is always to engage colleagues through social events, while fostering teamwork and stronger relationships through sports and physical activity. There is good reason why the firm’s motto is Work hard but play just as hard!

Taliana’s Angels were the winning team of the treasure hunt and consisted of Arianna Cutajar Ghigo, Agnes Camilleri, Nicole Saliba, Carl Mizzi, and Jake Taliana, who walked away with €250 worth of Hudson coins and Frank Salt Real Estate merch.

People interested in finding out more about career opportunities at our company can check out this link.