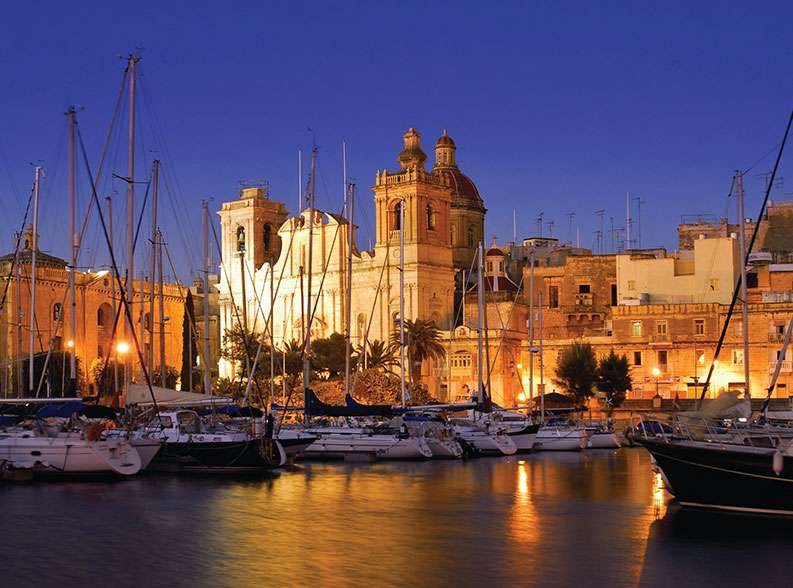 Hacked off with austerity and dreary weather back home, northern Europeans are increasingly heading to Malta to escape their woes.

Europe’s economic losses are Malta’s gains; as overseas investors fail to see the light at the end of the tunnel of austerity, they are flocking to the archipelago in search of a better lifestyle.

Smaller than the Isle of Wight with a population shy of most EU cities, Malta is situated just 90 miles from Sicily and 150 miles from the North African coast. The country has played a historic role as the gateway to the Mediterranean and once again, amidst the turmoil embroiling the EU, it has quietly ridden the waves – both literally and figuratively. Key to that has been the fact Malta has emerged from the global crisis with no bank or property collapse, low unemployment and a growing economy.

And now agents on the archipelago are reporting their best start to the year since 2008, which they are attributing to the doom and gloom afflicting the rest of Europe.

“What we are hearing from clients across Europe is that they are fed up of lectures from politicians about austerity,” says Ray Woods, MD of maltabuyproperty.co.uk.

“Life is short and they just want a good life for themselves, their children and their grandchildren.”

In spite of the tough global climate, prices in Malta have remained stable and for those who have their cash resources in place there is often scope for haggling. The local banks are also happy to provide mortgage finance, which agents claim involves a fraction of the bureaucracy you can expect in other European countries.

But there are other reasons why Malta is proving so competitive, says Joseph Lupi, MD of Frank Salt Real Estate.

“Healthcare, education, accessibility and costs all play a key role and Malta passes all tests with flying colours,” he explains. “Another significant factor is Malta’s positive disposition towards foreign nationals visiting the island. Inhabitants are friendly and helpful by nature, making it so much easier for those relocating to the islands to settle in – as with anything else, money and security talks.”

Agents are seeing an increase in enquiries from clients in Cyprus, France, Italy, Spain and South Africa, which they claim is fuelled by political and economic developments in those countries.

“We are also seeing an increase in enquiries from US buyers looking for a European base with good travel connections,” says Ray. “Nearer to home, we have seen a return to the market of UK and Irish buyers.”

There also seems to be a growing trend towards buyers relocating to the archipelago permanently rather than just buying second homes, which could be attributed to an increase in commercial investment on the archipelago and the low tax rates.

“The low-tax regime in Malta and the fantastic lifestyle are major attractions,” admits Ray. “There are no annual property taxes, no inheritance or wealth taxes and the cost of buying a property is 7-8% lower than in most of Malta’s European neighbours.”

However, while the opposition government claims it has no intention of meddling with current legislation, which has served the country so well, it might be worth keeping an eye on the general election which is scheduled to take place on March 9.

Malta: a cool climate that’s hot on the quality-of-life index

It’s official – Malta has the best climate on earth. The archipelago was one of two countries to earn the bragging rights for “best climate,” according to the Quality of Life Index issued by International Living. Sharing top honours was Zimbabwe.

Yet a Mediterranean climate (over five hours of sunshine a day) isn’t all that Malta has to offer. Its many other virtues shone through in eight other categories, earning the archipelago a third place overall in the index, losing out only to the U.S. and New Zealand.

For such a small nation (just 122 square miles), Malta has a lot to offer. In fact it scored many points for its stable government, economy and a modern health service, which are a big draw for wealthy English and Europeans looking to get away from their frosty climes. In fact, frost and snow are unknown in Malta where short sleeve shirts and temperatures of 21C are order of the day even in March.

Another draw is Malta’s close proximity to European capitals (most are less than three hours away) and the fact that crime is low, education levels high and English is the first language. As a result property attracts an international set, as does the historic harbours, five-star hotels, restaurants and summer nightlife.

But overseas domestic buyers aren’t the only ones to recognise the reputation of the island’s property potential. Malta’s success in attracting city hedge fund managers to redomicile to the island as a result of a well-regulated and cost-competitive jurisdiction, has spurred more demand for high quality homes in the sun.

The benefits of buying property in Malta.

• No annual Rates or Property Tax

• Mortgage to purchase a property available to non-residents

Named after the native word for honey, foreign investors certainly have a sweet spot for Malta right now. Here’s our buyers guide to the archipelago.

A recent study by Yahoo Finance and Castle Cover bestowed Malta with the bragging rights of being the best place for Brits to retire abroad. The research took into consideration a number of factors including hours of sunshine, property prices, property tax, criminality rates, healthcare costs and distance from home – and concluded that Malta was the top spot for retirees.

The United Nations agree; in 2011 it claimed Malta was the safest place on Earth in its annual World Risk Report. The archipelago is also a regular in the top ten happiest places in the world in the annual Quality of Life survey. It’s warm climate and regular flights to Britain also add to the appeal.

Unlike the rest of Europe, property prices on the archipelago remained stable last year and are now starting to creep up. A member of the single currency, Malta’s economy is vulnerable to events in the rest of Europe, although the long-term prospects for this stable economy are good.

The waterfront resort of Valetta is still the hippest ticket in town and this is reflected in the prices – a two-bedroom seafront apartment is likely to be around €220,000.If you prefer the sound of waves lapping on the shore rather than the hustle and bustle of a big town, Marsascala might be for you. You can pick up a quaint little apartment for as little as €100,000.

The Sliema region is emerging as a popular destination with a raft of new developments popping up here, but if you fancy something more traditional head to Zabbar, where you can pick up gorgeous townhouse apartments for about €160,000.

Once you find the perfect property and engage an (independent) lawyer, the preliminary contract, called a convenium, is signed and you pay a 10% deposit. This is binding on both parties. While your lawyer is doing the necessary title and credit checks, the notary will be checking your status. If you are from overseas and the property will not be your main residence, or is outside an SDA, he or she will apply for permission from the Ministry of Finance.

When all permissions and checks are in place you sign the final contract and pay the balance of the asking price – along with all taxes and fees. This whole process should not take longer than three months.

Although buying property in Malta is a fairly painless process, investors should expect to pay 6% on top of the asking price in fees and taxes – this covers stamp duty and additional agent notarial fees.

Under Maltese law, foreign nationals can only buy property as a second home if it is worth more than €98,000. Happily, Malta doesn’t charge capital gains tax on property sales after three years of ownership, although rental incomes are charged at 35%.