As soon as you step off the ferry in Gozo 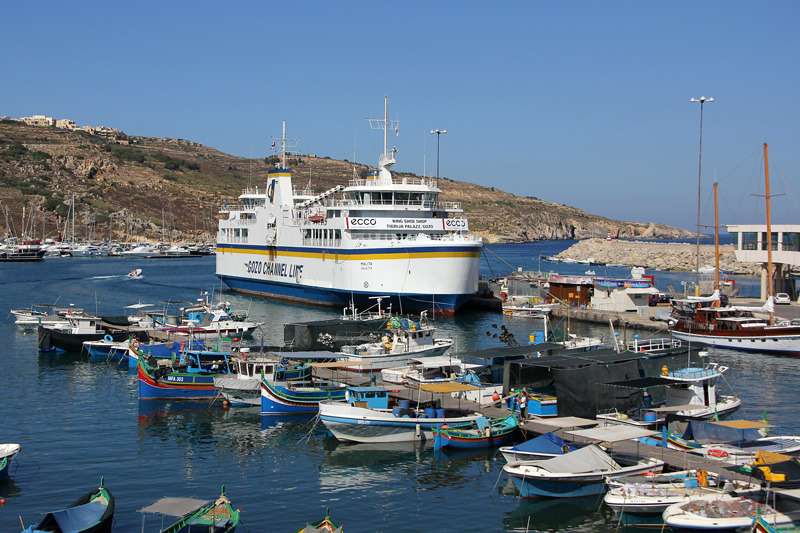 A 25 minute journey from Malta to its smaller sister island, Gozo, you immediately feel relaxed. The island has a slower pace of life than Malta and it is safe, particularly for children.

It lies just over three miles north-west of Malta and is a fifth of its size at 8.5 miles by 4.5 miles. It is prettier, hillier and greener with acres of small fields separated by dry stone walls stretching into the distance and a rugged, dramatic coastline. The winters are mild, the summers hot with excellent walking, diving, sailing and swimming. The food is delicious and mostly made, grown or fished locally and because of the light, the views and the tranquillity, Gozo is a honeypot to artists, painters and photographers.

The locals (Gozitans) are very friendly and welcoming and the island has a strong sense of community. During the summer weekends, there are always some sort of celebrations going on in one of the 17 villages. These are all connected to the capital of Gozo, Victoria, by an efficient and reasonable bus service and most are dominated by large stone churches. The one in Xewkija has a dome larger than St. Paul’s Cathedral in London. And although Gozo, with its population of 31,000, is not renowned for its nightlife, one excellent outdoor night club does open every summer and the island boasts two opera houses in Victoria. In spring, there’s a music festival and an opera season in autumn. Gozo has a fascinating history, having been inhabited since 5,000 BC and it is home to one of the oldest free standing structures in the world – the Neolithic Ggantija temples, a UNESCO Heritage site.

The best place to absorb the local atmosphere is Xlendi, a small diving centre which is bustling through the summer and most weekends during the winter. It’s where Gozotans like to lunch at a leisurely pace. Along the waterfront are over half a dozen restaurants, all serving scrumptious food- mostly al fresco. My favourite is The Boat House, which does a mean suckling pig, along with fantastic home-made spaghetti with rabbit, superb fresh fish, wonderful starters and desserts and portions are always generous. Another buzzing café/restaurant is the D-Bar in Qala – great for people watching as well as eating good fresh food.

Marsalforn on the opposite side of the island is the more touristy area. Most of the beaches, except for the long sandy Ramla Bay, are either pebbly or rocky, accessed down steep paths or along lengthy unmade roads, but they are worth the trek and several have a small restaurant or bar. The most famous of the beaches –or it will be when Angelina Jolie and Brad Pitt’s new film, ‘By the Sea’ comes out later this year – is Mgarr ix-Xini. To the annoyance of the locals and drivers, it was closed for three months last year while they filmed.

Another lovely swimming, snorkelling and diving area is Hondoq Bay, which has fabulous views of the tiny island of Comino. You can hire pedalos from here or take a boat to the island with its famous Blue Lagoon. Hondoq has a small sandy cove as well as several heights of sea wall from which children (and adults) love to jump into the water, plus a good little café/restaurant. But my favourite must be Dahlet Qorrot Bay on the north east of the island. Unspoilt, quiet and with a long line of the fishermen’s caves –boathouses set into the hillside. Here you’ll find a small pebbly beach with crystal clear sea and it’s also a perfect place for a BBQ.

What I find so enticing about Gozo is the juxtaposition of modern day technology with old-fashioned tradition. There is free wi-fi in all public squares and high speed cable TV and broadband. But, behind a narrow door of string beads on a side street in Qala, you’ll find some of the most delicious freshly made bread and local speciality, aniseed rings, baked in an ancient wood fired oven. The tastiest home-made pizzas on the island are to be found at Marsaxokk, a similarly old-world and difficult-to-find location in Nadur.

Malta’s little sister is an island guaranteed to stimulate the senses and lower your stress levels as soon as you arrive. For information on buying property in Gozo, click here.