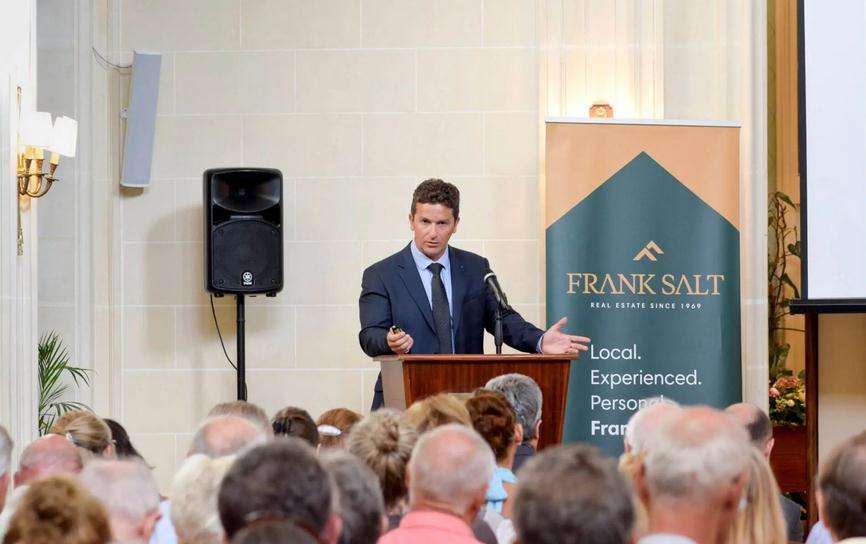 Over 200 British expatriates and other interested parties attended a very successful conference organised by Frank Salt Real Estate about Malta’s role in a post-Brexit Europe. The event, which also saw the participation of Malta’s leading professional service firms was addressed by Prime Minister Joseph Muscat and British High Commissioner Stuart Gill as keynote speakers, followed by panels discussing different aspects of Brexit and the implications on UK nationals and organisations, already owning property or considering buying or selling property on the islands. A detailed and comprehensive overview of Malta’s property market, from Frank Salt Real Estate company director Grahame Salt, brought the event to a close.

During his intervention, the British High Commissioner Stuart Gill, said that with a new UK prime minister, they would likely wish to re-negotiate the Brexit deal to secure a greater degree of flexibility from the EU. Prime Minister Joseph Muscat, while stressing Malta’s support for the UK, confirmed that a renegotiation was unlikely to happen, with the deal negotiated in November 2018 after 19 months of discussions being “the only agreement on the table”. Dr Muscat went on to give unequivocal reassurances about the future of the 13,000 Britons living in Malta post-Brexit, to the relief of the audience.

The event was open for British nationals residing or working in Malta and UK owned businesses already operating in Malta or looking to relocate to Malta post-Brexit. Other Malta-based expats with a connection to the UK were also welcomed at the event.

‘Frank Salt Real Estate has always been the leading Maltese real estate agency for the UK market, thanks to its ongoing marketing efforts to promote Malta and Gozo as the ideal destination for British people looking at taking up residency, retiring or purchasing a holiday home on the islands or for British businesses relocating to Malta’ said company director Grahame Salt, who continued to state that ‘with the ongoing uncertainties from Brexit, the company felt the need to also organise the seminar to help answer questions from British nationals or businesses in Malta and to provide more certainty and understanding of future opportunities for a continuing strong connection between Malta and Britain’.

Have more questions about the impact of Brexit? Send us a message and one of our company representatives will get in touch shortly.

Read more:
Special EU residency permit for UK nationals living in Malta in the case of a no-deal Brexit