Property for sale in Mdina

Mdina is a fortified city in the Northern Region of Malta. It served as the island’s capital from antiquity to the medieval period. The city is still confined within its walls, and has a population of just under 300, but it is synonymous with the town of Rabat which has a population of over 11,000.

The city was founded as Maleth in around the 8th century BC by Phoenician settlers, and was later renamed Melite by the Romans. Mdina saw a revival in the early 18th century with the addition of many Baroque features.

Mdina remained the centre of the Maltese nobility and religious authorities  and its popular nickname is the “Silent City”. It is also on the tentative list of UNESCO World Heritage Sites and one of Malta’s main tourist attractions.

The plateau on which Mdina is built has been inhabited since the Bronze age, with the Phoenicians and Romans both calling this area home. Very few remains of the Punic-Roman city survive today. The most significant are the ruins of the Domvs Romana. Remains of the podium of a Temple of Apollo, fragments of the city walls and some other sites have also been excavated.

The retrenchment around Mdina was actually built by the Byzantine Empire in around the 8th century to protect it from outside threats. During the Great Siege of Malta in 1565, Mdina was the base of the Knights of the Order of St John’s cavalry, which made occasional sorties to ward of invaders.

Mdina suffered severe damage during the 1693 Sicily earthquake and the 13th-century Cathedral of St. Paul was partially destroyed, and it was rebuilt by Lorenzo Gafà in the Baroque style between 1697 and 1703. In 1722, newly elected Grand Master António Manoel de Vilhena issued orders for the restoration and renovation of Mdina. Large parts of the fortifications and the city entrance were completely rebuilt. In 1800 the French surrendered and Malta became a British protectorate. From 1883 to 1931, Mdina was linked with Valletta by the Malta Railway.

Today, Mdina is one of Malta’s major tourist attractions, hosting about 750,000 tourists a year. No cars are allowed in Mdina and its buildings including several palaces, most of which serve as private homes. An extensive restoration of the city walls was undertaken between 2008 and 2016. 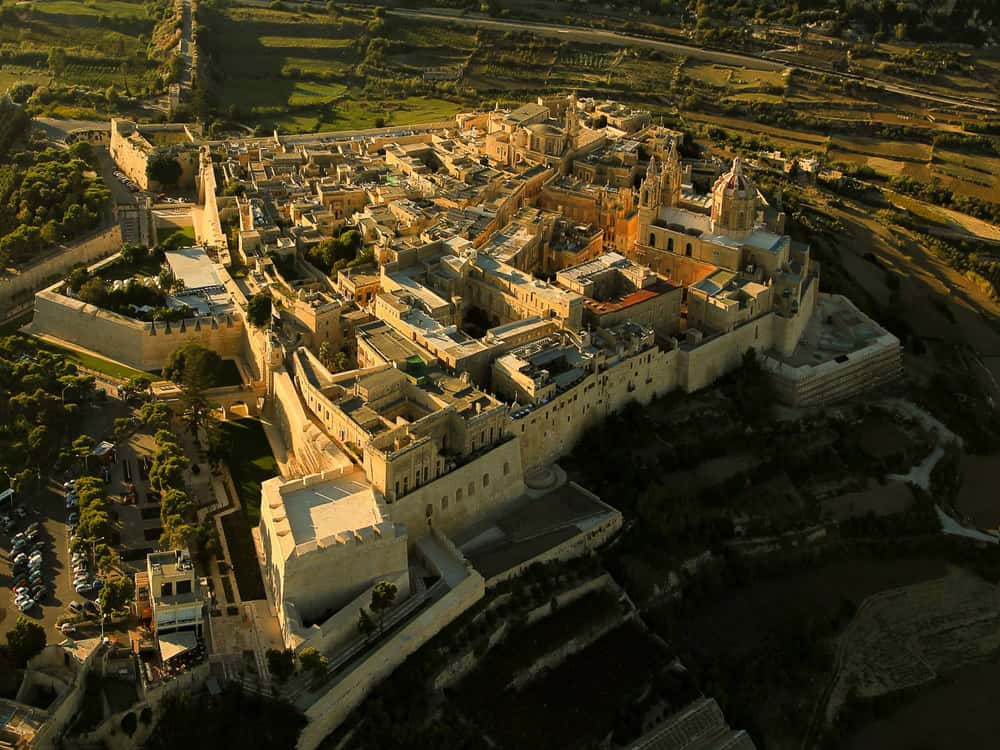 Houses of Character in Mdina