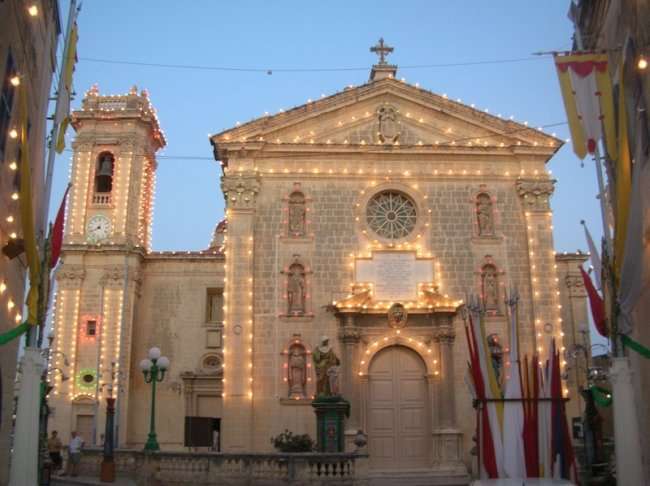 Attard is located in central Malta and forms part of the three villages, namely Attard, Balzan and Lija. All of them residential and rather quaint, these villages have become very densely populated and their popularity as ideal locations to live in has increased tenfold over the past few decades.

Attard has long been renowned for its luxurious villas and also has numerous farmhouses which could be found in the San Anton vicinity. These farmhouses have typical features such as wooden doors, rustic roofs and features such as mills and cellars. Attard is no stranger to this type of architecture, but it has also become a popular locality for first time buyers and families, particularly in the Hal-Warda Street Area, as a number of apartments, maisonettes and such developments have been built in order to cater to the ever-growing demand for residences in this locality.

The village of Attard has many fantastic landmarks that the Attard Local Council and Maltese Government protect and maintain to preserve the beauty of these locations. In Attard, one may find San Anton Gardens, a botanical garden with a beautiful surrounding courtyard. This is a preferred destination to many locals and foreigners alike for nature walks and floral appreciation. The Garden is a gem and forms part of the President’s Palace. The President’s Palace was built in the seventeenth century by Grand Master Antoine de Paule and is now the official home of the President, Marie-Louise Coleiro Preca.

The Malta Railway was built on the 28th February 1883 along the embankment near the Corinthia Palace Hotel. The Malta Railway was functional for approximately 50 years but became obsolete once other forms of transport took over. However, some relics of the railway are still present today. This interesting video about the old Malta Railway was produced by the Attard Local Council.

Attard was previously linked to Birkirkara and shared the same Parish Church. However, in 1575, Attard got its own Parish Church, when the village had a mere 665 inhabitants. Malta’s religious ties are strong and nowadays, there is a parish Church for almost every town and village on the island. There are 365 churches in Malta, one for every day of the year!

In 1927 to 1930, the Prime Minister Lord Strickland resided at Villa Bologna. It is a Baroque-style villa with underground World War II shelters that still stand today. Nowadays, the villa is a popular venue for weddings and other extravagant receptions, within its gardens that are said to be the largest gardens on the island.

The President’s Kitchen Garden is a lovely family area located close to San Anton Gardens. Here, one can have a look at the multitude of crops being grown and enjoy a coffee at the quaint cafe while the children enjoy the kid’s area. There is also a petting zoo. The Kitchen Garden makes an ideal family outing!

During the seventeenth century, Fra Alof de Wignacourt constructed the aqueducts in order to supply water to Valletta from the higher localities, Rabat and Mdina. These aqueducts run through Attard and has been excellently preserved in this locality.

On the outskirts of Attard, one will find Ta’ Qali, famous for its crafts village. Here, traditional crafts such as blown glass, jewellery and pottery can be purchased as ideal souvenirs. There is also the vineyard ‘Meridiana’, a national park and sport centre and it is home to the national football stadium in Malta.

There are plenty of properties available for sale and to let in Attard, a locality which has become one of the leading residential localities on the island. Fore more information regarding property in the area, contact us today.

Properties available for sale in Attard

Properties available to let in Attard